It is apparent that this is an extremely difficult process with so many complex steps each requiring exact configuration. Further, each technology places its own architectural requirements upon the technologies around it so the architecture of the whole solution is extremely precise and devoid of options.

Thus, for this topic, I have described the steps in what would appear to be reverse order. It is not customary but I believe this approach will allow for a better comprehension.

Configuring the Deployment Environment of AWS, Dockerhub and Travis-CI

The following illustrates the dependencies of the various components. 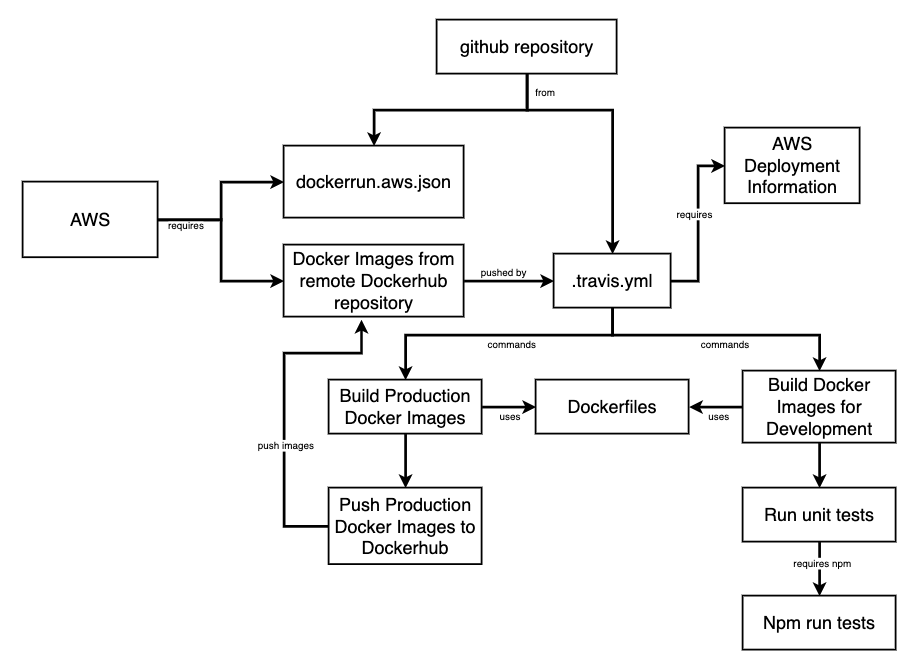 To configure the above there are a series of tasks. They must be performed in the order shown.

Thus it is clear there are a series of cascading requirements that dictates the terms of software development. There is more.

Thus the deployment environment and processes dictate to software development that there shall be one and only one Github repository. This is clearly problematic. 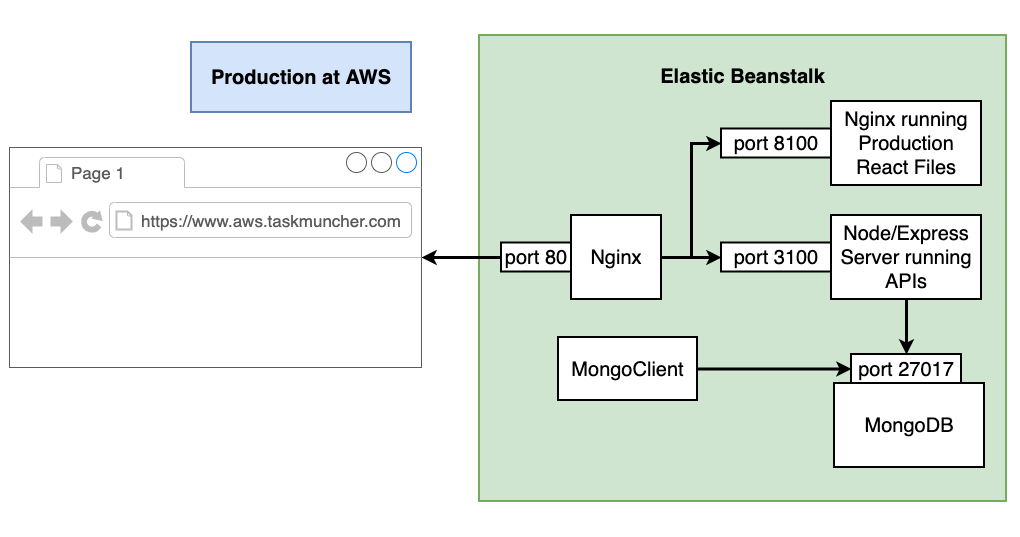 AWS offers an excellent MongoDB service. However, for this project I decided to deliver MongoDB as its own container. 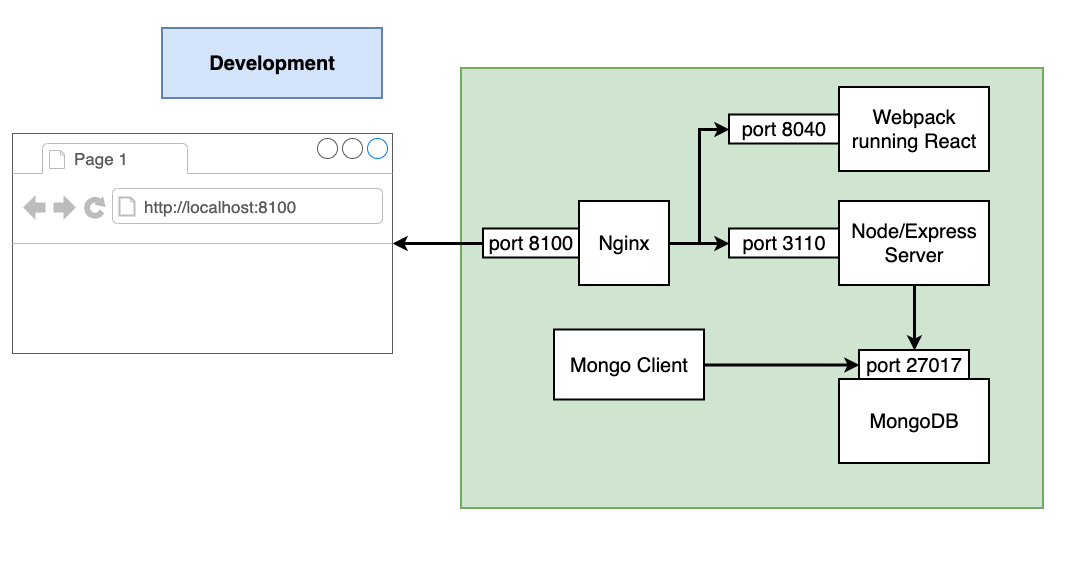 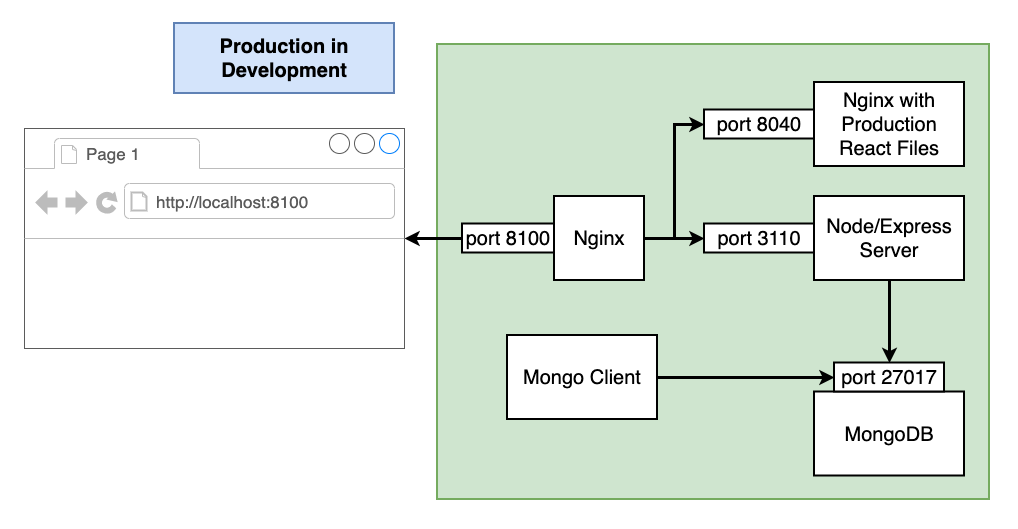 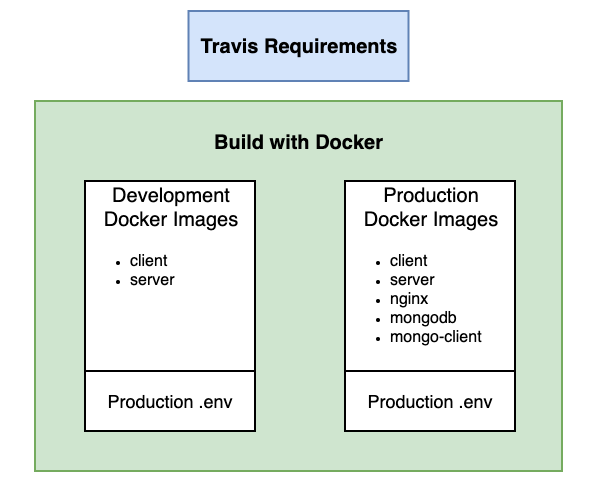 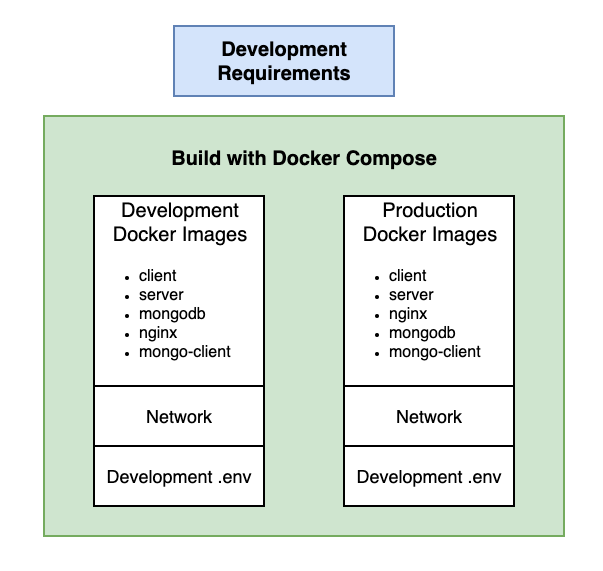 In summary, the required docker images are

for each of the following environments

in a development environment. See Allow AWS to authenticate with a Dockerhub private repository for details.

This causes the requirement for the source code to be structured in a certain way.

I have chosen the following folder structure. 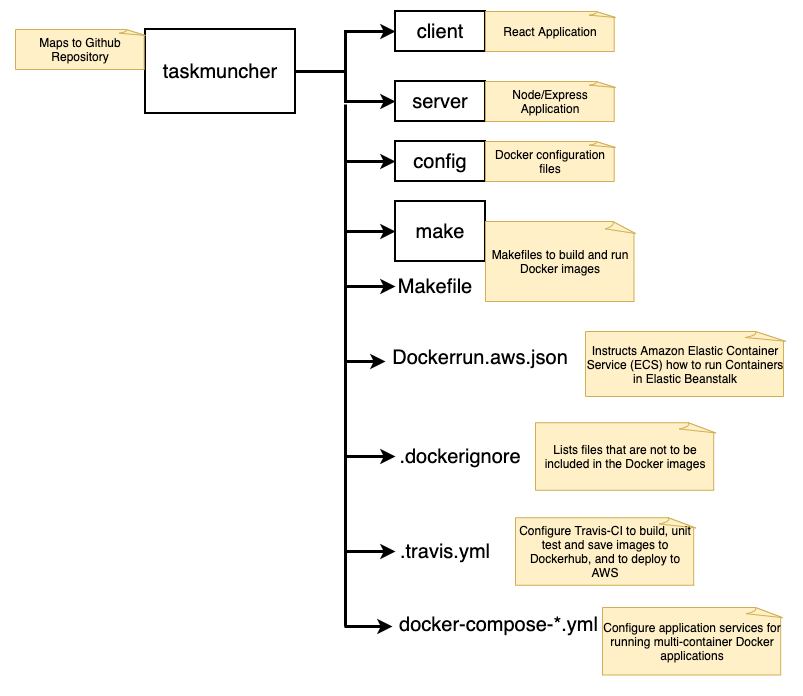 The build requirements are so complicated a build system is a requirement.

I have chosen to use Makefiles. For details, please see Configuring Makefiles to build and run Docker Images using Docker, Docker Compose and Dockerfile

It is important to note that the Makefiles use Docker, Dockerfiles and Docker Compose to perform the various required tasks.

Notice that the builds use either

Notice how the *-compose.mk Makefiles are really just simple patterns to

which, in the end, rely on a Dockerfile to 'configure' the image.

Notice how the build directives in dev.mk and devprod.mk also rely on Dockerfiles.

Dockerfiles are simple text files that contain the commands to assemble an image that will be used to deploy containers.

The structure of the ./config folder is as follows. 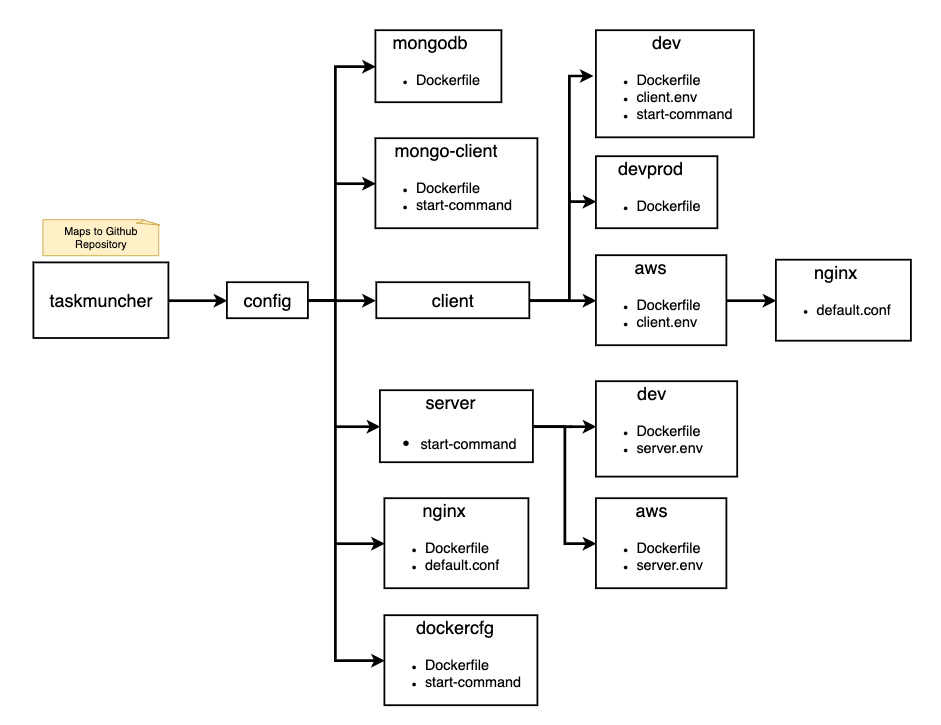 The ./config folder shows a number of Dockerfiles.

The configuration of these Dockerfiles is discussed in Configuring Dockerfiles to build Docker Images.

The multitude of requirements create the requirement there be many .env files. This requirement creates some challenges.

At completion of the project it is desirable to delete any and all resources that were used for this project. For details, please see Delete all TaskMuncher AWS Resources

The following are listed here for the sake of simplicity and to remove duplication. I consider it to be a good practice to put all configuration information in one place.

Please note that all of the below were deleted before this document was published.